Hear our interview with M.L. Elrick on WJR – The Michigan Pedaler
We're open for booking and rides! Your health & safety are our primary focus, here's what we're doing about it: View Plan Details

Hear our interview with M.L. Elrick on WJR 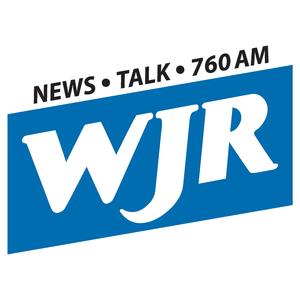 We always enjoy talking The Michigan Pedaler on WJR (760 AM) radio (www.wjr.com)  with a myriad of hosts.  In the year we’ve been in business, WJR invited us to be part of the Paul W. Smith Show and the Frank Beckmann Show and we’ve appeared with some iconic names in Detroit radio like Frank, Warren Pierce and M.L. Elrick. M.L. Elrick has interviewed us twice as a guest host for Beckmann.  While he may not be a radio legend, his background is certainly impressive in other medias.  Today, most know him as one of the investigative and intrepid reporters that make up the FOX 2 team.  But do you also remember that he is part of a Pulitizer-prize winning combo as a scribe at the Detroit Free Press?  Yes sir.  In 2009, the Free Press won the Pulitzer Prize for Local Reporting.

Being on WJR as a guest is quite an honor as WJR is about as Detroit as coney dogs, cars or the Olde English D.  Known as the Great Voice of the Great Lakes, WJR developed a reputation as station that could be heard in 38 states as one of the country’s superstations. Anyhow, our owner, Mike Gill, enjoyed another appearance on the Frank Beckmann Show.  M.L. asked about our upcoming #Pedal4Charity weekend and what it is like to see the changes coming about in Detroit right before our very own eyes.

Just can’t get enough?  Here’s some oldies but goodies: